Carys is the Group Chief Financial Officer for Creditsafe Business Solutions, the world’s most used provider of company credit reports.

The company has expanded rapidly since its inception, establishing 16 offices globally in as many years and becoming one of the Sunday Times 100 best companies to work for.

Unswervingly modest, Carys didn’t have ‘a great life plan’ or even know what she wanted to do when she graduated from Cardiff with a first-class honours, but she has certainly gone on to achieve great things.

Before I joined Creditsafe, I was with PwC for seven years. I led the graduate training scheme two years running, which I really enjoyed, but I didn’t feel it was where I wanted to make my career.

A temporary job came up at Creditsafe, via a friend from PwC, covering for the incoming Finance Manager. When that ended, a group role came up and then when Tyrone (the former CFO) left, there was an opportunity to move up again. I thought I could do the role, but I’m not one to blow my own trumpet so I didn’t push it; but I ended up being interviewed for it and here I am.

What parts of your role do you enjoy the most?

The variation and the proximity to Cato (Creditsafe’s CEO) and Magne (Creditsafe’s owner) and being involved in all aspect of the business. What I initially liked about Creditsafe was that it wasn’t regimented; I was never ‘in a box’.

How has your life and employment experience made you the leader you are?

I always wanted to be a teacher and study English, but my dad had other ideas and I ended up doing Maths and Statistics. When I graduated, I wasn’t ready for a job so I went travelling. Then, when I came back, I secured a last-minute space on PwC’s graduate scheme.

I got lucky. Working there was a great experience that kickstarted my financial career; my peers and I really were all ‘in it together’, but I still wanted to travel. PwC funded me to work for Save the Children in Africa on a six-month sabbatical – which ended up being extended! The workplace in Rwanda was very male dominated, and the whole experience was life changing.

I’m not naturally outgoing, but travelling and meeting different people all the time greatly enhanced my confidence and communication skills.

I wouldn’t say I’m a gifted mathematician, but I learnt to be good at it. I’m quite disciplined and regimented and I have a good memory, so that helped.

I want everyone to like me; that’s part of my personality and part of my success. But I’m not a pushover. Now that I’m leading a team of 18 that is my biggest development point. Not everyone is going to like me and I’ve got to be prepared for that.

Going to Rwanda. I gained a lot of life experience and confidence while I was out there and it really was a turning point in my career.

What is the main challenge you have you encountered in reaching your current position?

When I was in Africa, it took a while to gain respect as a young, white woman. It was challenging communicating where there were language and cultural, not to mention personality barriers, but I made it work.

What is the most important lesson you’ve learned in your career to date?

Important lesson – stay true to yourself, don’t become something you’re not just to get ahead. There’s a perception that you need to take on ‘male’ traits to reach the top, that a boy is ‘confident and headstrong’ whereas a girl is ‘bossy’, but just celebrate your positives and trust that that will take you through.

What benefits do you believe female leaders bring to organisations?

I think they can bring balance to an organisation. Woman tend to be more empathetic and can be more collaborative and work for a common goal without an ‘ego’. I don’t want to focus on the stereotypical difference between male and females – I think the most important thing is to have a diverse leadership team.

If you could name 3 qualities, you think are most important for aspiring leaders what would they be?

I think you’ve got to be charismatic and likeable; you can be liked and still be ruthless! You have to be credible and instil confidence as well.

What can Directors and CEOs do to help other women advance their careers?

I think they’ve got to move the focus away from quantity to quality. I’ve been questioned during interviews about my plans for marriage and children – along with my age. Women might not be able to give as much time for practical reasons but they’ve got a lot to give. Others may be able to work ten hours a day, but mothers can be more productive in a sensible timeframe.

What do you think is the biggest issue facing women in the workplace?

I think family circumstance is a big issue. My career might have been very different if I’d had children. Many of the men I’ve seen at high levels have wives who stay at home, and are happy to, but if you’re a woman at the top and your husband also works, you’re running a house and your career and you’ve got much less time.

Which other female leader/s do you admire and why?

I have friends who have done very well – Alison Roper from PwC for example, she’s a Finance Director and we are both likeable but good at what we do. I really admire her and she’s been a great mentor to me.

How important is the role of your male counterparts in business in helping reduce the gender gap and to raise awareness of the importance of women leadership roles?

I think the challenge is that there’s a lack of choice – the pool of women is smaller, often because women are the main (child) carers.

When recruiting, a gender balance is important but it’s got to be about getting the best person for the role; I would never want to be a position where I’m just there because I’m a woman.

What advice would you give to young women who have ambitions to reach senior leadership level?

If you don’t ask, you don’t get. It’s about balance though; know your worth, but don’t be overbearing. Understand who you’re talking to. If I’d gone Cato all guns blazing, I might not have ended up in the position I’m in.

My experience of working with Sitka was absolutely brilliant. I would describe Ita’s approach as professional and caring. I would definitely recommend Sitka to colleagues, friends and family.

I was thrilled when I was offered my new job, which I felt was down to Sitka’s support and proactivity. Karen kept in contact and made sure I was happy in my new role. This personal and professional service is second to none. I would highly recommend! I was recommended Sitka by a mutual contact who thought Karen and Ita would understand our requirements and our organisation. I met with them and I definitely felt they were the right agency for us. The recruitment process was seamless, they made it very easy for me.

The process was thorough and very individual – time was spent finding out about the culture and style of the organisation and the exec team. Sitka worked with the candidates well to find the best fit for both employer and candidate. There was a sense of strong relationship building to ensure that this happened. 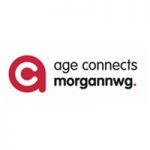 Sitka wanted to know about the organisation, our culture, our plans and aspirations. This meant they could be really confident talking about us and I’d like to think they were proud to be working on our behalf.